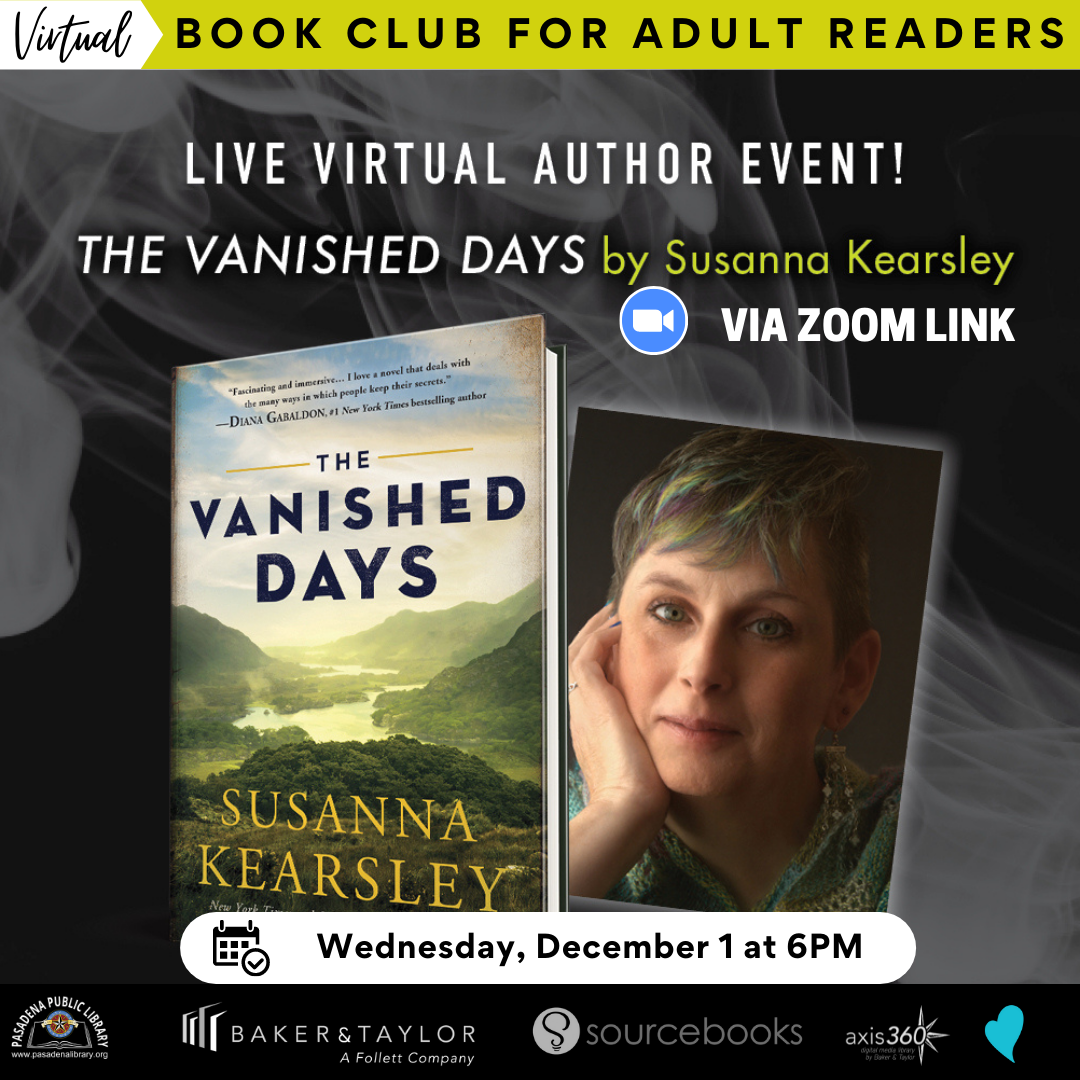 *Remember to include Pasadena Public Library's name when you register!

"The Vanished Days" by Susanna Kearsley is available on AXIS 360!

Join the Virtual Book Club for Adult Readers reading challenge in Beanstack, for a chance to earn virtual badges and win prizes!

"I've loved every one of Susanna's books! Bedrock research and a butterfly's delicate touch with characters—historical fiction that sucks you in and won't let go!" —Diana Gabaldon, #1 New York Times bestselling author of OutlanderFrom international bestselling author Susanna Kearsley comes a historical tale of intrigue and revolution in Scotland, where the exile of King James brought plots, machinations, suspicion and untold bravery to light. Told partially in flashbacks, The Vanished Days weaves in and out of the timeline of the author's beloved New York Times bestseller The Winter Sea, unraveling an investigation into a young widow's secrets to unveil a plot that resonates to the highest echelons of Scotland's social and political leaders.In the autumn of 1707, old enemies from the Highlands to the Borders are finding common ground as they join to protest the new Union with England. At the same time, the French are preparing to launch an invasion to bring the young exiled Jacobite king back to Scotland to reclaim his throne, and in Edinburgh the streets are filled with discontent and danger.Queen Anne's commissioners, seeking to calm the situation, have begun paying out money sent up from London to settle the losses and wages owed to those Scots who took part in the disastrous Darien expedition eight years earlier—an ill-fated venture that left Scotland all but bankrupt.When the young widow of a Darien sailor comes forward to collect her husband's wages, her claim is challenged. One of the men assigned to investigate has only days to decide if she's honest, or if his own feelings are blinding him to the truth.Set at the cusp of the eighteenth century, in the midst of the Jacobite Rebellion, The Vanished Days is a brilliantly told story of espionage, loyalties divided, boundless courage and enduring love.